Moving research discoveries from the lab to patients, looking for cures for preemie babies with breathing difficulties 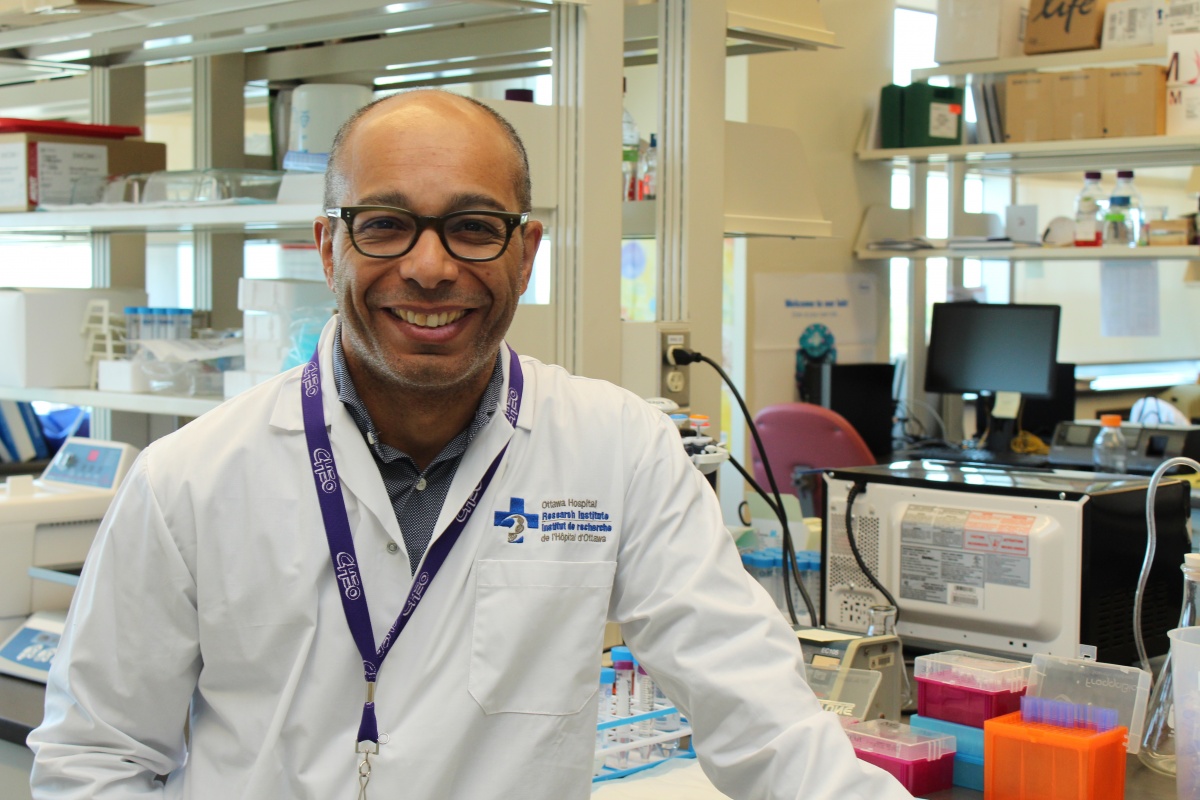 Dr. Bernard Thébaud still remembers the time when he told a mother that her premature baby was dying from a lung disease and she asked: “Isn’t there anything you can do for my baby now?”

That baby had a genetic condition known as surfactant protein B deficiency. In the lungs, the surface of the tiny air sacs (alveoli), where oxygen goes into the bloodstream and carbon dioxide comes out, is coated in a thin layer that contains pulmonary surfactant.

Pulmonary surfactant prevents the collapse of the alveoli and plays a role in defending the lungs from bacteria and viruses. The lungs start making surfactant around 24 weeks into a pregnancy and produce adequate amounts at 35 weeks. But some babies inherit a genetic mutation that leads to a partial or complete lack of surfactant protein B. Although these babies are given an artificial surfactant and are put on a ventilator (breathing machine), the prognosis is poor; many babies die in their first few months.

Currently, there is no cure for this deficiency. The only effective treatment is a lung transplant; however, laboratory research shows promise.

Dr. Thébaud’s research into surfactant protein deficiency has the potential to save the lives of babies worldwide while also leading to discoveries for other incurable diseases such as cystic fibrosis.

In December 2014, he received funding from The Lung Association to help further his research into developing stem cell-based therapies for patients with incurable lung diseases. Dr. Thébaud will take advantage of so-called induced pluripotent stem cells or iPSCs to make lung cells. “If we can recreate lung cells from stem cells in a petri dish, then we can better understand the disease, correct the mutation and ideally return these now healthy cells to the baby.”

“Another promising cell therapy we are pursuing is using stem cells from umbilical cords for chronic lung disease of prematurity, also called bronchopulmonary dysplasia (BPD) — another devastating disease without a cure. We have shown that these cells can heal the lungs of newborn rats exposed to high oxygen,” says Dr. Thébaud, who is also a professor of pediatrics at the University of Ottawa where he holds the uOttawa Partnership Research Chair in Regenerative Medicine.

“Our research has the potential to provide a breakthrough therapy that will improve not only the lung disease, but also the overall outcome of premature babies. Ultimately, our findings may extend to other lung diseases such as asthma, cystic fibrosis or acute respiratory distress syndrome. Optimizing this ideal source of repair cells will also reveal its potential for adult diseases,” says Dr.Thébaud.

Greater potential for stem-cell therapies for other lung disease

Dr. Thébaud and his research team were the first to find that stem cells from bone marrow and umbilical cords, known as mesenchymal stromal cells or MSCs, can prevent and repair experimental neonatal lung injury.

“Contrary to the common belief, we found that cell replacement is not the primary mechanism by which these cells exert their therapeutic benefit. Rather MSCs act by secreting factors that protect lung cells and allow for lung repair after injury in animal models of neonatal lung injury, asthma, and acute respiratory distress syndrome. We are now on the verge of translating our discoveries into the clinic with phase I trials planned for the end of 2015.”