Ottawa, ON - The Canadian Lung Association would like to congratulate all of the amazing recipients of our 2020 national awards. This year there were four awards presented across Canada – The Patron’s Award, Distinguished Ambassador Award, Youth Award and The Heather Crowe Award. These four awards are presented on alternating years with recipients selected by the National Awards Committee.

These awards seek to identify and reward those who have shown remarkable commitment to lung health.

“We are grateful and proud to recognize all of our award recipients,” says Terry Dean, president and CEO of The Canadian Lung Association.

“We truly could not accomplish our mission of a Canada that’s easier to breathe in for all without them.”

Heather Crowe Award – The Heather Crowe Award honours an individual or group who has devoted themselves to the affairs of The Lung Association and to the cause of respiratory health, and recognizes exemplary commitment towards lung health.

Manitoba’s Dr. Juliette “Archie” Cooper received the Heather Crowe Award for being an extraordinary advocate for lung health. Dr. Cooper has been a dedicated board member of the Manitoba Lung Association for 10 years.  During her time, she has been a consistent promoter of the advancement of lung health. Her dedication is highlighted by her role on the Research and Health Initiatives Committee and her involvement on research grant juries and scholarship selection panels. Dr. Cooper’s continued passion, dedication and commitment allow innumerable Manitobans to look forward to a more breathable future. 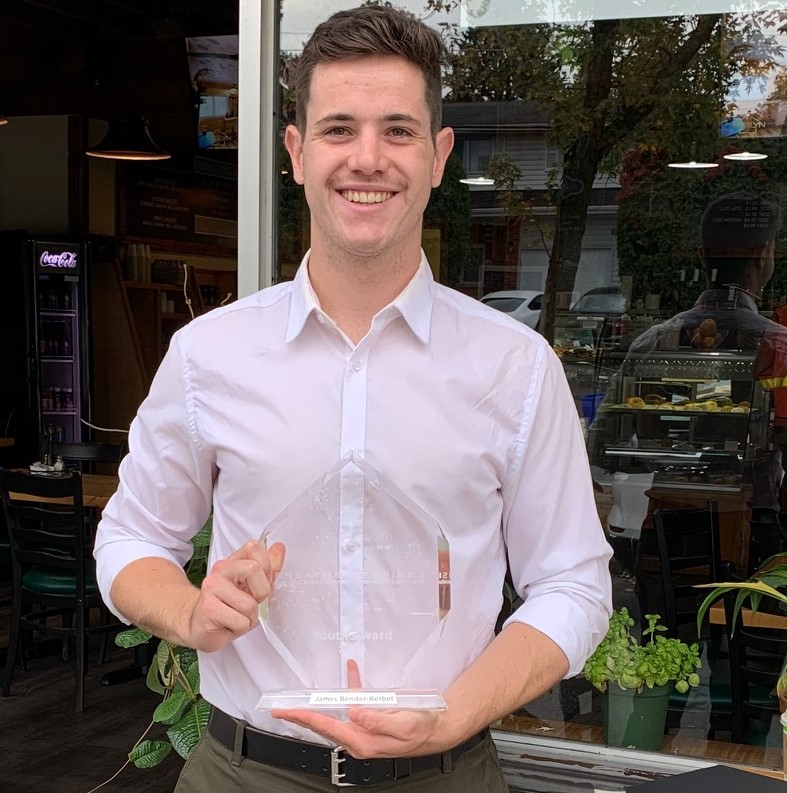 Youth Award- The Youth Award for outstanding dedication and commitment to lung health honours those whose personal activities and/or leadership are considered instrumental in advancing the activities of The Lung Association.

Nova Scotia’s James Bender-Kerbel received the Youth Award for his exceptional commitment and contributions to the Lung Association of Nova Scotia in his role as a Fund Development Assistant. During his time, he showed dedication to the mission and health initiatives.

Patron’s Award – The Patron’s Award is awarded in recognition of a corporate entity, service club or organization that has significantly enhanced the Lung Association’s ability to fulfill its mission.

The Saskatoon Chapter of SaskTel TelCare has been selected for this award in recognition of their support of the Lung Association of Saskatchewan’s initiatives through its 50 per cent match of donations contributed by SaskTel employees through the SaskTel Fund.

Thanks to these contributions, TelCare has furthered support, education, and programs that benefit those living with lung health conditions in Saskatchewan.

British Columbia’s Dr. Mark FitzGerald received this award for his exemplary commitment to lung health and the activities of the Lung Association both provincially and nationally. His remarkable contributions to the advancement of lung health over several years as an active clinician, researcher, teacher and leader in the field of diagnosis and treatment of TB, Asthma and COPD make Dr. FitzGerald a true ambassador of lung health and a deserving recipient of this award.

Once again, The Canadian Lung Associations thanks all of the recipients for their continued support, commitment and dedication to lung health.