The Canadian Lung Association would like to congratulate all of the amazing recipients of our 2021 national awards. This year there were three awards presented across Canada – The Alan J. McFarlane Staff Award, Founders Award and Lifetime Achievement Award. The three awards are presented on alternating years with recipients selected by the National Awards Committee.

These awards seek to identify and reward those who have shown remarkable commitment to lung health.

“We are grateful and proud to recognize all of our award recipients,” says Terry Dean, President and CEO of The Canadian Lung Association.

“We truly could not accomplish our mission of a Canada that’s easier to breathe in for all without them.”

Founders Award – The Founders Award is awarded to individuals who have devoted themselves to the mission of The Lung Association and to the cause of respiratory health. The award recognizes exemplary innovation or commitment towards lung health.

Manitoba’s Dr. Andrew J. Halayko received the Founders Award for his exemplary innovation and commitment towards lung health.  Dr. Halayko is a deserving recipient of this award with his continued active role in the prevention, promotion and maintenance of lung health through the mentorship of new researchers, and his continued leadership in the respiratory health professional community.  Andrew is also a Past-Chair of the Canadian Lung Association Board of Directors. 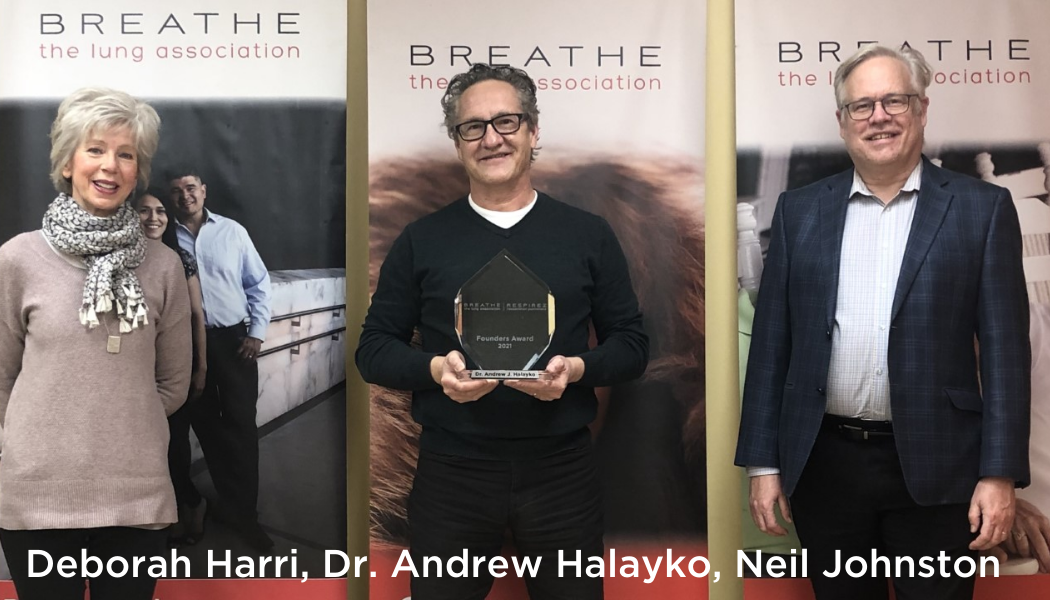 Saskatchewan’s Dr. Brian Graham received the Lifetime Achievement award for his dedication to The Lung Association’s mission and for his active role in helping people to ‘breathe’ for over forty years, including over thirty years spent as President and CEO of the Lung Association of Saskatchewan. Dr. Brian Graham’s outstanding commitment demonstrates his support to helping those living with lung disease and a deserving recipient of this award.

The Lung Association of Saskatchewan’s Jill Hubick received the Alan J. McFarlane Award for her work in health promotion.  Jill chaired the Take Action on Radon Saskatchewan Coalition to prevent lung cancer related to the deadly gas with partners in Saskatchewan and throughout the country. She was the lead author for The Canadian Lung Association's National Idiopathic Pulmonary Fibrosis patient guide and has assisted in writing the Saskatchewan Ministry of Education's elementary school tobacco curriculum. Jill uses her creativity by working with patients and community members to share their breathe stories to the public. Jill inspires volunteers, co-workers and partners with her passion of health, wellness and lung health! 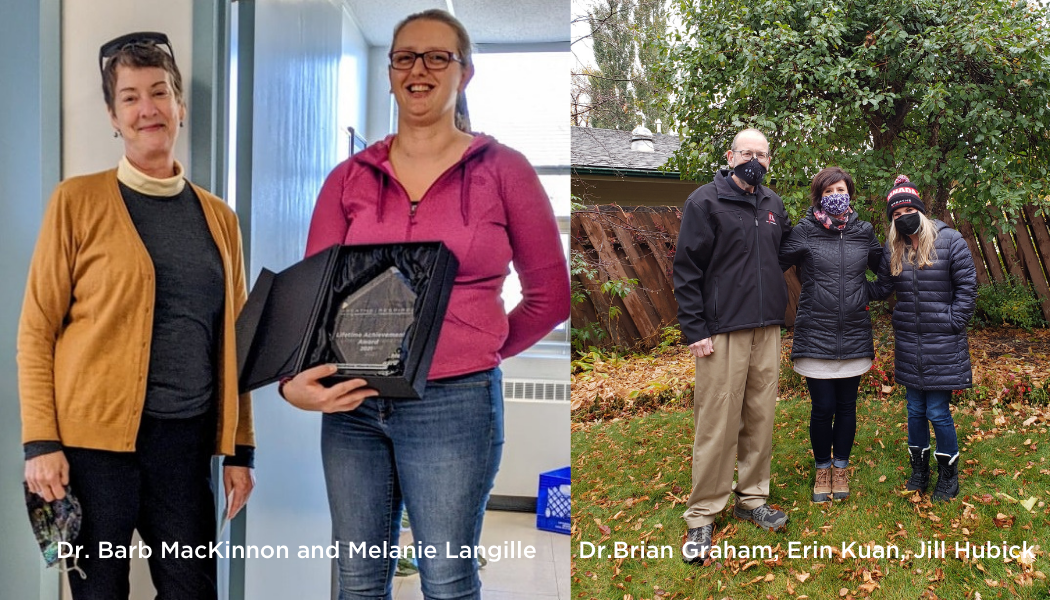 Once again, The Canadian Lung Associations thanks all of the nominees and recipients for their continued support, commitment and dedication to lung health.