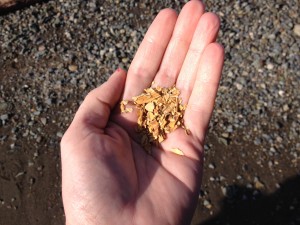 Ceremonial tobacco vs commercial tobacco. Is there a difference? Yes, a big difference.  Tobacco has been used traditionally by most Aboriginal cultures for thousands of years.  First Nations and Métis use tobacco for ceremony, healing and giving thanks, while commercial cigarettes serve an entirely different purpose. In fact they’ve been designed to be highly addictive and will make you sick.

Tobacco plants are often on their own or combined with other medicinal plants such as Sage (removes negative energy), Cedar (cleanses and protects) and Sweet Grass (brings spirit of love and kindness).  Out of the 4 commonly used medicinal plants, Tobacco is considered the most sacred by most Aboriginal peoples as it is believed to connect us to the spirit world.  It is important to note that these medicinal plants are treated with great respect. Only a few branches or leaves are taking so as to not kill the plant, and a prayer of thanks is offered to the plant for sharing its healing powers.

The biggest difference between ceremonial tobacco and commercial cigarettes is that generally ceremonial tobacco isn’t smoked, except during special ceremonial occasions, where it is burned in a pipe but not inhaled.  Ceremonial tobacco is also used for smudging, whereby the dried tobacco leaves are burned (often in combination with the other 3 plants) and the smoke is said to open the soul to allow the spirits to bring their healing powers and remove negative energy.  Smudging can be done alone or in a group smudging ceremony.

In many rituals and ceremonies, the leaves are not burned, but either placed on the ground, or in the water while offering prayers of thanks and asking the spirits to take our fears, stresses or pain away.

The BC Lung Association recently had an opportunity to join in on one of these traditional ceremonies while attending the Respecting Tobacco Training Session at the Musqueam First Nation, organized by the First Nations Health Directors Association.

Commercial cigarettes are marketed as a tool for making you feel good, look sexy and relax, but the truth is they are doing just the opposite. They are loaded with toxins and ingesting these chemicals can and will cause serious illness or death over time.  Spiritual healing does not happen with commercial cigarettes. However, mashing up your carton of cigarettes and tossing them out is, in itself, a very healing thing to do. We at the Lung Association highly recommend doing this. Better yet, save your money and don’t buy the carton in the first place!